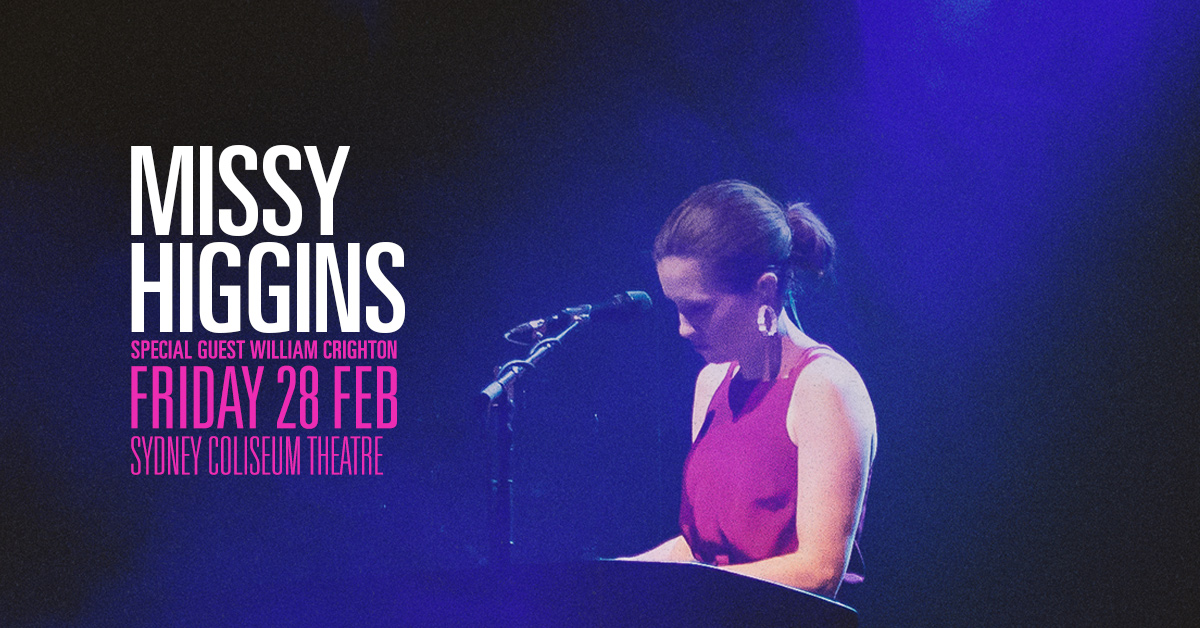 “I can’t wait to perform for my fans at the brand-new Sydney Coliseum Theatre, West HQ. I’m honoured to be joining a huge list of amazing artists who have all been handpicked to help open this amazing new venue”. Missy Higgins.

In 2018, Missy announced her long awaited fifth studio album, Solastalgia, with its lead single ‘Futon Couch’, becoming her biggest radio success in a decade. She was also confirmed as the main support act of Ed Sheeran’s ÷ Tour – the largest series of concerts in Australian history, with nearly 1 million tickets sold. Missy capped off 2018 with the release of The Special Ones – a Best of Collection that is a primer to one of Australian music’s strongest modern catalogues.

To register for this event please visit the following url: http://sydneycoliseum.com.au →