We’ve wanted to visit this playground for a while now after a recommendation from a Hills District Mum. Unfortunately the torrential rain in April damaged the playground but once it was repaired we headed there on a beautiful autumn day.

Those who follow us on Instagram and Facebook will have seen there’s a ‘beware of snakes’ sign at the entry to the Reserve. No wonder it is a hidden gem! We continued on but felt pretty safe given the amount of noise being made by the kids – no snake would stick around for that!

The reserve itself is beautiful, with lots of trees, green grass and native plants. In case you missed the snake sign on entry, there’s another one before the play equipment – eeekkk!?! 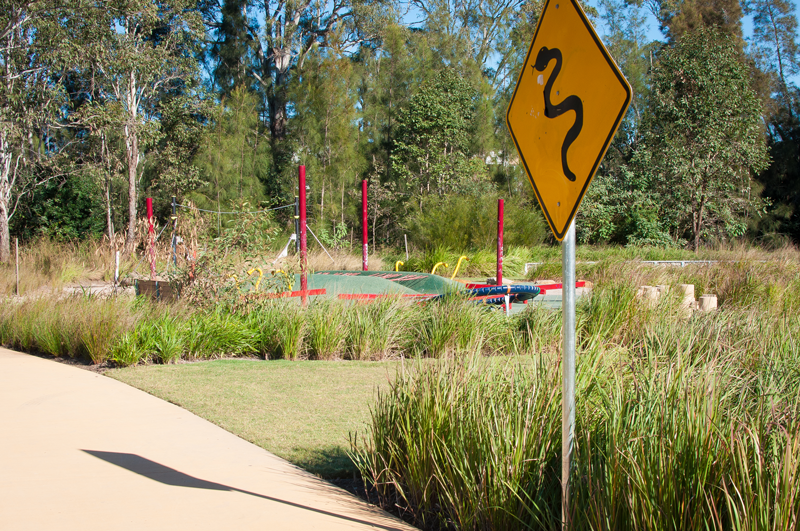 The play equipment really suits toddlers and pre-schoolers, with tree stump stepping stones, a rope to crawl under, a bird’s nest swing and beams to balance on, all set on soft fall rubber. For older kids there’s a cool contraption that you stand on, hold on to ropes and swing side to side. There’s probably a technical name for it but we’ve never seen one before. There’s also a little water play pump that’s loads of fun. 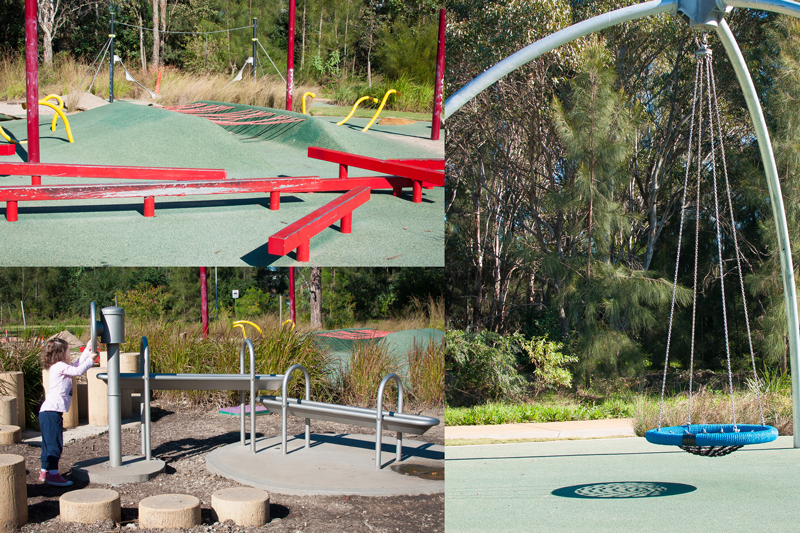 Around the corner there’s a shaded area with more tree stump stepping stones and bars to crawl under. 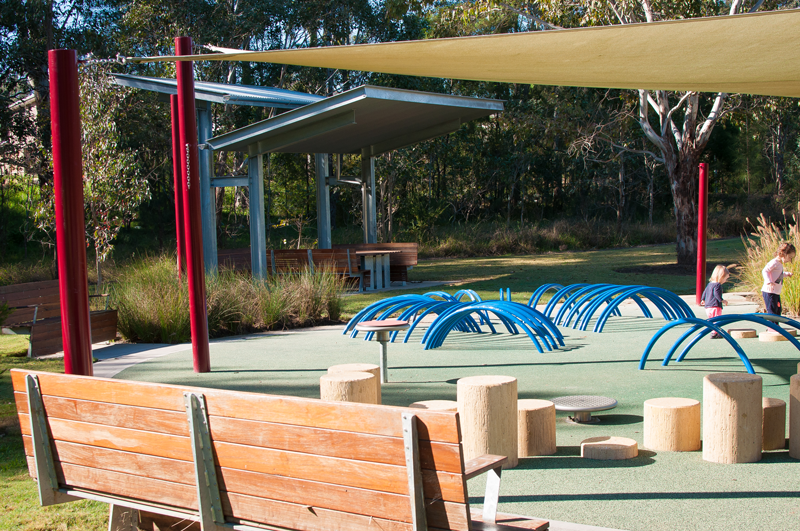 The playground equipment is surrounded by spacious grassed areas and there are covered table and chair areas so it would be great for a picnic.

It comes as no surprise that this playground, like many in the Hills Shire, doesn’t tick all the boxes. It’s not gated and has no toilets close to the play equipment, although there are plenty of places to do a bush wee. The main equipment is not shaded and there’s nowhere close by to get refreshments. But it has great paths which would be good for scooters and bikes and those walking with prams – there’s enough space to fit two side by side.

At this point we met a lovely dad who told us about a little play area that was better suited to pre-schoolers within walking distance so we set off in search of it. Unfortunately we got the directions wrong and went on a 1km round trip around to Caddies Creek and didn’t come across the play equipment. A tough trip for a mum with a tired toddler and pre-schooler and only one stroller position available!

We did make it back though and paused for morning tea. Unfortunately the bench we chose had been tagged by both birds (we have never seen so much bird poo on one chair and table in our life!) and graffiti artists. By the look of some of the ‘art’ around the reserve it may be a popular hang out for teens come nightfall.

After a fun morning we headed back to the car and stumbled across the illusive second play area! The equipment is ok, but very age specific and would probably only suit 3-4 year olds. There are two swings – neither with a toddler/baby seat and a slippery dip, but it has a rock climbing wall up to it rather than stairs. It isn’t fenced and is very close to a road (Dainfern Street). However, there’s a BBQ area close by.

While it doesn’t tick all the boxes it’s definitely a lovely play and recreation area. Our little ones had a fabulous time. 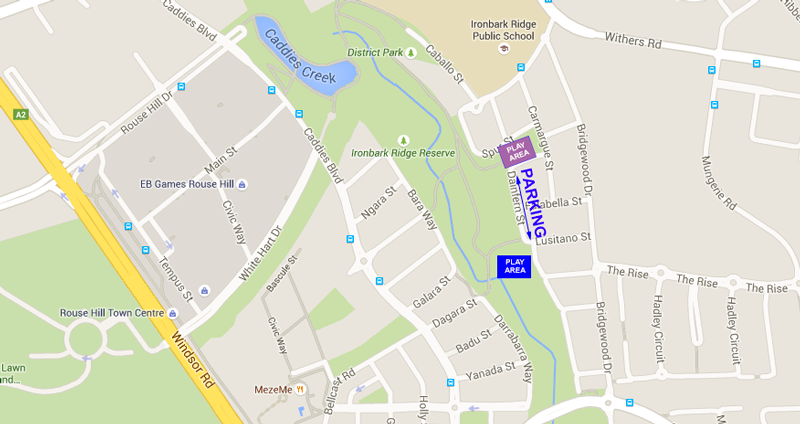