One of our local Hills electricians provides some great suggestions and simple solutions to keep your kids safe around electricity in your home.

As I sat to write this article, it dawned on me that I had no idea what I was doing. I mean, YES I am an (amazing) electrician and YES, I have the knowledge to enable mothers and fathers everywhere to ensure the electrical safety of their home to protect their precious little ones at all times. However, it also dawned on me that the last time I properly interacted with a child was when I was back in Scotland playing with my nieces some five years ago!

So, what does a 30-year-old, childless, gay, ex-pat electrician know about the concerns Australian parents have when exposing their children to electrical appliances and electricity in general?? Luckily stay-at-home mums love me and a few of my friends raising kids were willing to share some of their daily concerns with me so that I could address them and pass it off as my own material right here. So here goes, let’s start with the gorgeous Samantha…

“Ben is curious and he can find a place to stick any object laying around. I’m terrified that he will stick something into a power outlet.”

You should be! Power outlets around the home pump out 240 volts. It’s a nasty feeling and can cause serious harm and in some cases death if it makes contact with a person or animal. I had a few shocks during my apprentice years and the thought of that running through a child is scary! So, what can you do? Luckily there are some very effective and low-cost solutions to this potential problem.

#1 – Always switch power outlets to the OFF position when not in use. Lots of people just take out the appliance but leave the switch on – get out of this habit when you become a parent. This will minimise the risk if any small people put something in the outlet which is not supposed to be there. I find that standard Clipsal branded power outlets have a more rigid on/off switch, making it harder for kids to turn on accidently.

#2 – Fill any unused power outlets with safety blanks. Dreambaby has a decent range and these can be purchased from Bunnings for around 20c each. In fact, my guys carry them as standard stock and will be happy to give you some if you flag them down and ask nicely the next time you see a van. They love the attention!

#3 – Safety switches! Every home should have them on every circuit. However, that is not the case and all too often I find myself trying to explain to people why they should have them without trying to sound like a seedy salesman. I sometimes try to explain how they work and the scientific theory behind them, almost always while looking at a blank expression on the face of the recipient (maybe it’s the Scottish accent). But put simply, they save lives! It’s the difference between life and death and that’s the bottom line. Get them installed on every circuit.

Now to my next friend with a child, Laura…

“Ella loves to touch anything with lights on it – TV, DVD/CD player (LOL yes people still have those, don’t be mean) and recently the exposed globe on our table lamp. We can deal with sticky finger prints on the TV but we worry that she will burn herself on the lamp.”

The important thing here Laura is that you have recognised the potential of Ella being burned by the globes. Some of which can heat up to over 250 degrees. If you’ve ever tried to change a globe just after the light has been on you’ll know how that feels. I know what it feels like on my hardened tradie hands, imagine what it would do to little Ella’s……..

What can you do to prevent this happening? There are a couple risk-diminishing actions to consider.

#1 – Replace any old halogen or incandescent globes with newer style LED globes. The range of LED globes on the market these days is insane. They come in all shapes and sizes and the technology is now at a level where the light projected is on par, if not superior, with its halogen counterpart. These globes not only save you money by running them but they operate at much cooler temperatures, which is where the energy saving comes from. They do get a little hot but they’re able to be touched without scalding your skin or causing any real harm.

#2 – I’ll probably sound like a smart ar$e here but, move the lamp? Placing out of reach is one of the most effective ways to minimise risk. So much so that they even put a section about it in the UK electrical regulations book. Maybe we’ll catch up here soon enough. Yep, definitely a hint of smart arse in there but don’t worry folks, Laura is used to it from me!

#3 – Cable management on hanging cords –  If you have multiple cords hanging for various appliances, think about using spiral wrap to conceal and tidy the cables. This not only removes the urge to pull on the cables but, it can be fixed to the underside of the table or unit the lamp is sitting on so that if little Ella does decide to pull it, the lamp is not going to fall off before you notice.

I saw our little boy putting the end of a phone charger which was plugged in, into his mouth. Luckily nothing happened, could he have been electrocuted? Sarah – Castle Hill

The short answer here is yes. The likelihood is low but yes, he could have been electrocuted. Phone chargers and USB charging outlets generally only give out around 5 volts when switched on, which is not enough for humans to feel it. However, exposing the terminals to moisture (saliva) could cause them to short and in theory could cause the resisters and transformer in the charger (which steps down the voltage) to become faulty and pump out mains voltage (240 volts). It has been reported that cheap import chargers have done so in the past with no explanation.

What can you do to prevent electric shock from phone chargers?

#1– Put them away after each use OR turn them off at the switch. This will minimise any risk of shock to any little people who think it’s food. (What’s with that by the way? I feel like kids try and eat everything in sight!)

#2 – Buy ONLY genuine products. Avoid cheap imported products – they seem like a good idea but there are some horror stories emerging including one woman who was killed recently due to a faulty charger. It’s just not worth the risk.

I hope you have enjoyed reading and I hope I was able to provide you with something of value. I’d love to hear your feedback and invite you to leave a comment in the comment box below (or at the side, or above or wherever it is depending on where you are reading this!). 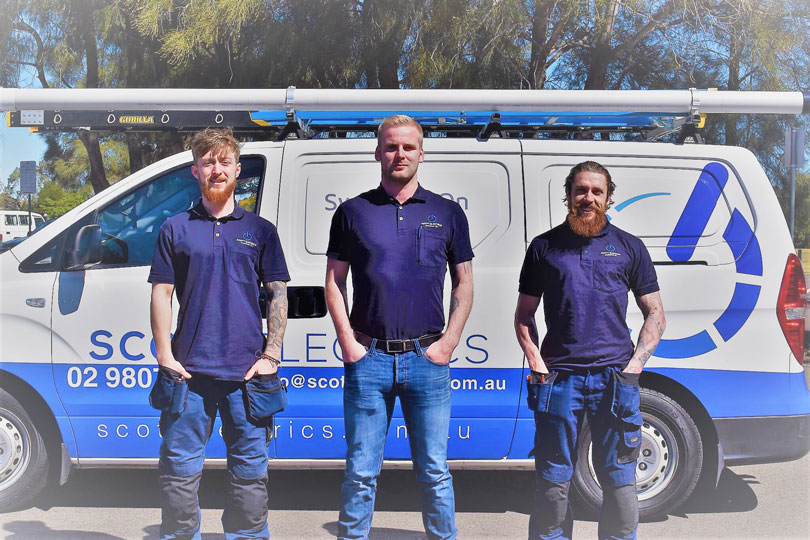