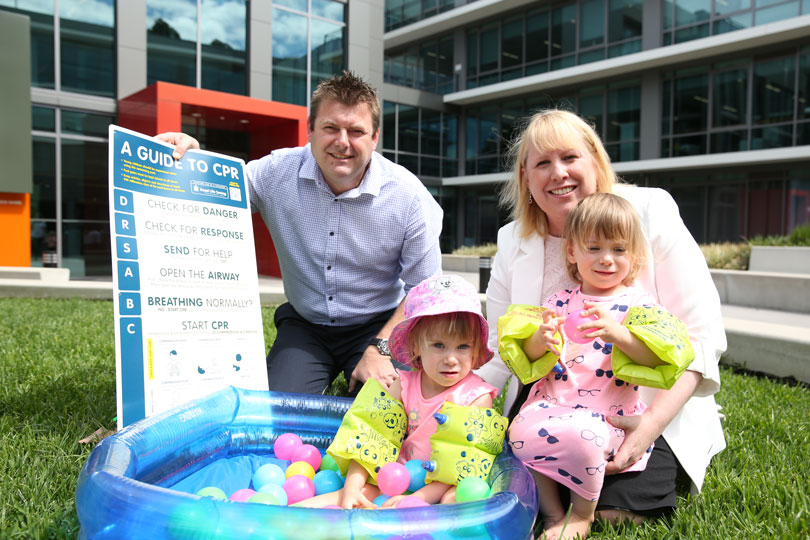 Did you know……..inflatable pools without safety fencing permits could attract fines of up to $550?

Mayor of The Hills Shire, Dr Michelle Byrne said standard barrier rules apply if inflatable or portable pools were capable of being filled to a depth greater than 30 centimetres.

“Portable, inflatable or pop-up swimming pools pose a serious drowning risk to children,” Mayor Byrne said. “Even in a small portable pool, with very little water, a child can drown. Inflatable and portable pools can present a danger as they are not usually fenced and may not be completely emptied after use.  Owners are generally not aware of the need in NSW to fence a portable or inflatable pool because they are sold easily over the counter and some recognise them as toys,” she said.

Mayor Byrne said those most at risk of drowning in an inflatable or portable pool are children under the age of three.

It found that 461 children, aged 0-4 years, drowned in Australia between 1 July 2002 to 30 June 2017. Of these, 231 (50 per cent) occurred in home swimming pools, including backyard swimming pools, portable pools and outdoor spas.

In 100 per cent of child drowning cases in home swimming pools, active adult supervision had either lapsed or was entirely absent.

Results also revealed one in five swimming pools where children drowned were not fenced, allowing easy access to the pool area. In some cases only temporary fencing was present, rather than properly constructed. Among the cases involving portable pools, none were fenced.

In 62 per cent of cases, the child gained access to the pool area through a faulty fence or gate, or a gate which had been deliberately propped open, allowing the child to enter the pool area unaccompanied.

Royal Life Saving Society NSW CEO Michael Ilinsky said it is vital that anyone living with a swimming pool or a spa maintains supervision of children at all times.

“Distractions like answering the phone, attending to another child, or ducking inside to grab something can have tragic consequences if a toddler is left unattended by water,” Mr Ilinsky said.  “Actively supervise children around water, check your pool fence and gate, and never prop the pool gate open. Swimming lessons are great, but they are no substitute for active supervision and a pool fence in good working order,” Mr Ilinsky added.

For more information on pool safety, visit The Hills Shire Council website (www.thehills.nsw.gov.au) and search for the term “pool” or alternatively you can visit the Royal Life Saving website, www.royallifesaving.com.au.